I had received a call on the last day of August from a friend in Cumbria, he had a long weekend off, did I fancy coming up for a spin.

I was in desperate need of a trip away, so did some searching for a B&B. That turned out to be a job in itself, as almost everything was booked, apart from a small place in Grange, just 10km from Gordon’s house. After the five thirty start from home I was rolling into Cumbria before nine o’clock, ideal if we were going to get a ride in.

Saturdays ride was just a simple 70Km ride out through Brigsteer and Cartmel Fell, where we picked up Neil. From there we dropped down to High Newton and on to the Mallard café in Cartmel for lunch. After lunch we looped round by Grange, where I did a recce on the B&B for later, then back over to Cartmell Fell and said goodbye to Neil.

Once Neil had left us, we headed south towards Poolbank and Witherslack into the Flats and a quick diversion into the bird sanctuary at Foulshaw.

Friday night we ate fish and chips on the front at Arnside, which had to be booked three days in advance, including salt and vinegar, if required. A sign of the times. I do love Arnside, so much history. Gordon was telling me that when the railway was put in across the river they left the gap between the fourth and fifth bridge support (see the cover photo) to allow the barges to continue to pass in order to continue trading.  However, while giving with one hand they proceeded to take all the business the barges used to do with the other hand. Progress! 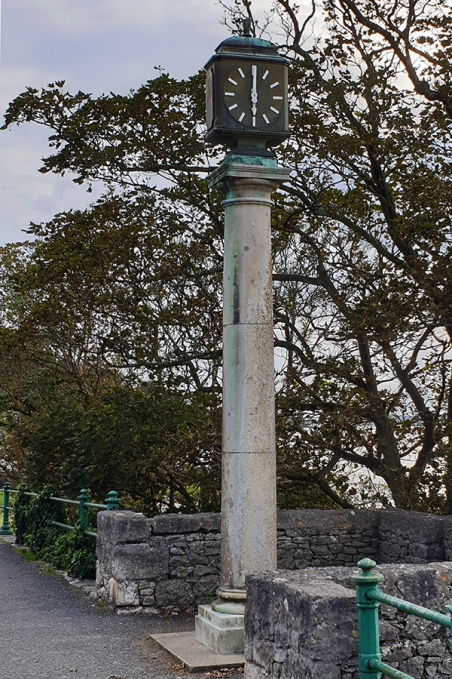 Sunday was going to be a full day out with five of us riding. We started out heading north east through Crooklands, on to Killington reservoir and up to Fox’s Pulpit, named after George Fox, the founder of the Quaker movement or the Society of Friends. From Firbank Fell we dropped through Ingmire Hall and on to Sedbergh for refreshments. 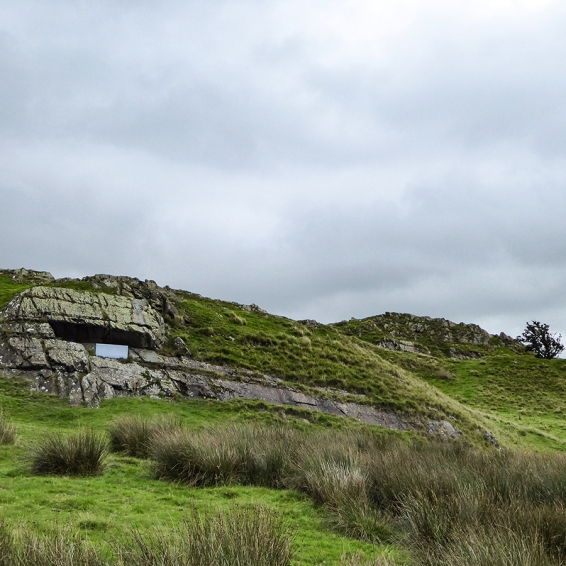 After Sedbergh we headed out down Dent Dale to Gowthrop, then a sharp right and up Stone Rigg, a 1.6km hill with ramps up to 24% and well worth riding as it brings you in to Barbondale, which normally would be a quick descent to Barbon, but took a lot of pedalling today with the head wind. Just before Barbon we took a left to Bellgate, Langthwaite and into Kirby Longsdale. 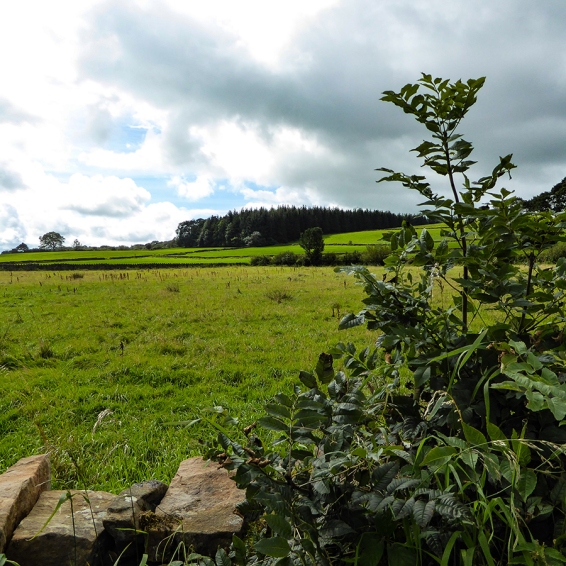 After Kirby we head west through Hutton Roof, Leighton Moss to Silverdale, where we have our second brew at Wolf House, a cracking little café with a great view to Grange over the bay from the main road. Once we hit Arnside there is a long stretch into the wind along the edge of the river before heading back in to Milnthorpe and home to Levens.

Before setting off to Levens for a pre-booked pub meal, I had a nice walk, in the sunshine along the front at Grange and it just felt nice to be close to the coast, but like most UK coastal towns, it’s better days have long gone, but still picturesque.

Monday was very overcast at the start, but we were only heading to More café in Staveley, albeit the long way round. Basically, we headed to Hincaster to see the old canal tunnel, Stainton Aqueduct, although that was closed off for repairs, then looping to the east of Kendal. We took in Laverock Bridge, Skelsmergh, Burnside and finally Staveley. 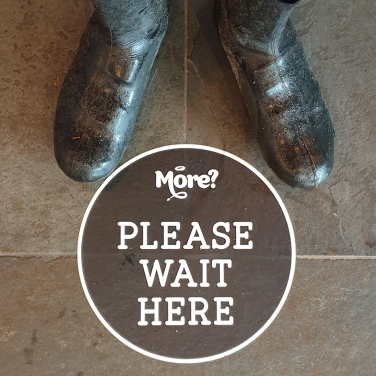 As we sat huddled round a coffee trying to get warm, the rain started to come down and we knew we had to head out at some time. Never a nice feeling, but one you deal with. It was only 16km home from here, but it was a true soaking, and everything was soggy until about 5km to go, when we dropped off the hills on to the flats.

This has been my first trip where I have stayed in paid accommodation since the Covid breakout in March. It was quite interesting how much things had changed; having to wear a mask from the front door to your room, breakfast in your room, having to book fish & chips on Wednesday for collection on Saturday night. Businesses have done a great job ensuring that they could still trade while keeping customers safe. Getting a meal, booking a table, was just as difficult as it was finding a room up there in the first place.

While up there you had a feeling that we were also on the edge of another change, Lancaster and West Yorkshire under threat, recorded cases back up to 3,000 in one day. Sure enough by the time I had got back home on Tuesday there had been a shift change in the number of people that can meet up.

Well the Lakes were the Ups, and the second weekend in the month was going to be the Downs, the South Downs to be exact. The plan was to join a group of guys I rode the South Downs Way with back in 2008, but due to logistical issues and some back pains picked up in the cold while riding in the Peak District, I had to give it a miss. I think I will aim to do King Alfred’s Way next year, which takes in some of the South Downs and looks like a nice three-day trip.

After a soggy start to the month in the Lakes and Dales, the weather has been stunning since I got home and has enabled me to get some lovely quick runs in on the road bike before it gets put away for the winter. I have also had a chance to get together with friends for mid-week rides and coffee stops, which we are all making the most of as the fear of another period of distancing becomes more likely. We had been warned that this might happen, especially as we move into damper months when transmission will be easier. There has been a major lockdown of the North East and North West, so my trip up there was well timed.

There is a general feeling that things are starting to tighten back up again, advice to work from home if you can, pubs and restaurants shutting early in an evening and schools opening, then closing, sending kids home. I wonder how long it will be before we are able accept Covid like flu, something that is there and we take all the precautions possible, but at the end of the day we get on with life.

After two years of dragging a group of riders round Leicestershire and Northamptonshirecevery Saturday morning, week in and week out, 52 weeks a year, I have stopped as I think its time for a break. There is a certain responsibility to arranging routes that are enjoyable, of a certain length, and keeping a group of people with disparate abilities together. When the groups got above six, the legal number for a group, we needed a second leader with the route plugged in and it is not always easy to enlist that help. I am going to miss the group rides, but the logistics are too much with the current restrictions.

This has freed me up to do some longer rides with a few friends on a Saturday, and while we are all running on summer fitness, we get the chance to pick the pace up. It won’t be long before the fast bikes go away, the clothes get heavier and the rides get slower. Always in the back of your mind this time of year; what will I do this winter to keep some form, what do I need to do to improve next spring and mentally how am I going to get through another cold and wet winter when there is absolutely no chance of a winter escape.

Approaching the final weekend in September and what a drop in temperature, Thursday I set off in sunshine, rode through a hailstorm getting absolutely soaked and frozen.

A Saturday spin out to a cafe on the edge of the canal was great, but there was no seating inside and the cold wind meant a short stop before we were on the road again. It is going to be interesting as we head towards winter because if we are still not able to go inside, stopping for a coffee is going to be out of the question.

The same is going to affect the Sunday club runs as there is currently no indoor seating and today it was too cold to linger after the ride. These are different times and we are going to have to adapt over the coming months.

A final 100km ride with friends to celebrate one of their birthdays closed off the month. 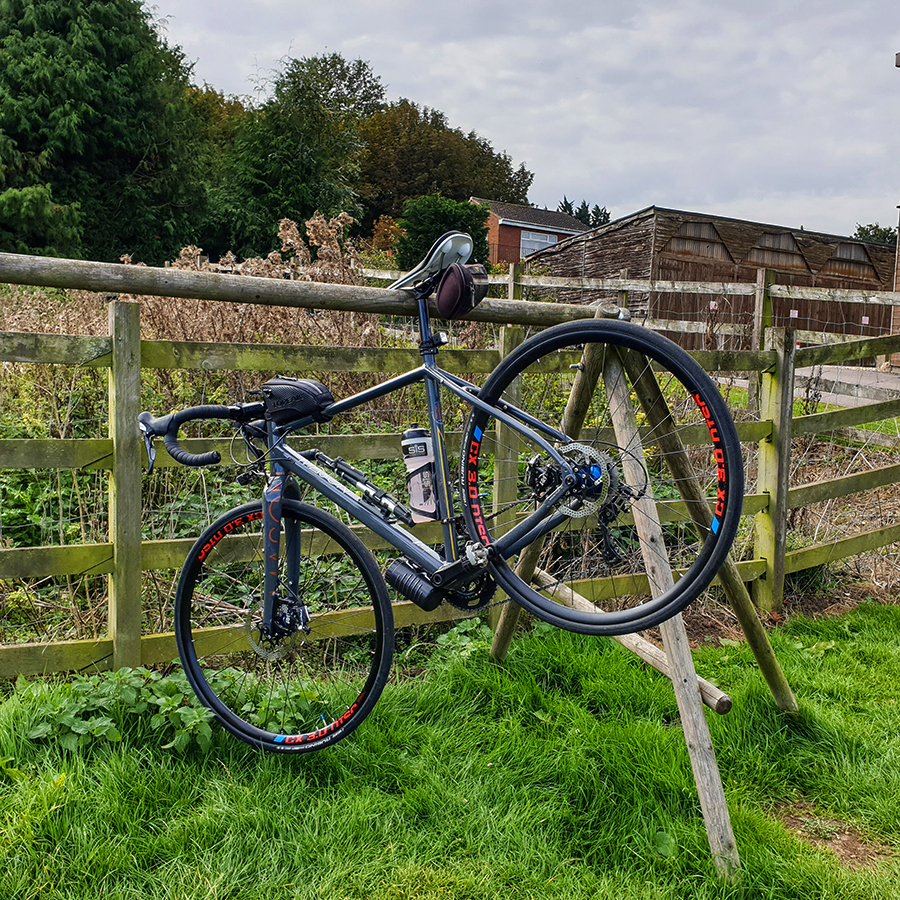 I find it frustrating at this time of year when you can see that your performance is getting better, claiming Strava personal bests that you have held for 8 years, but you know that you now have to take the foot off the gas as the weather starts to turn.

The key thing now is to have a plan to get through the winter in a good state and understand what I need to do to get back to where I am now if not better for 2021. 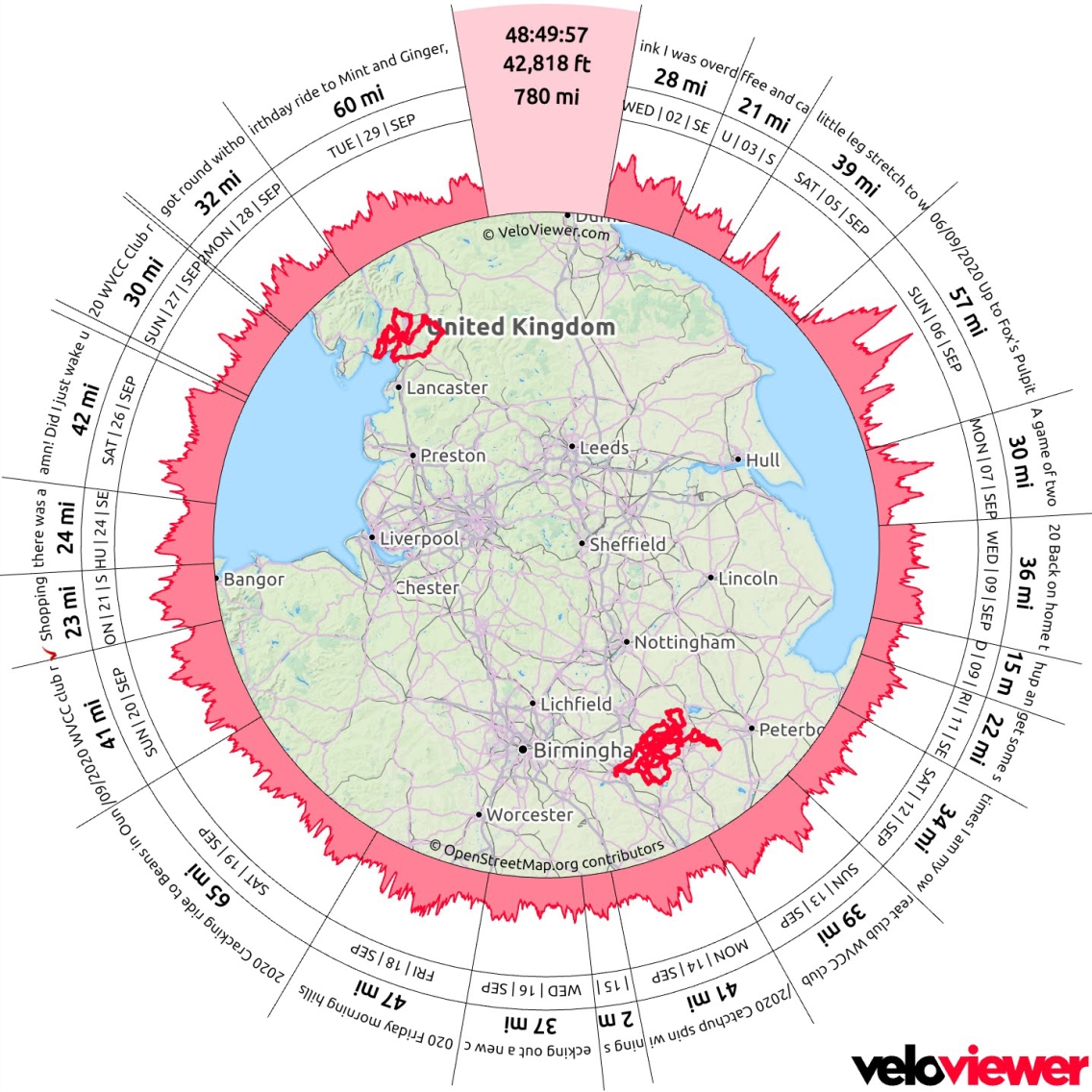